Adam Connell‘s career didn’t start out like most in the marketing field. Today, he’s the operations manager for a U.K. based marketing agency UK Linkology and runs the website Blogging Wizard. 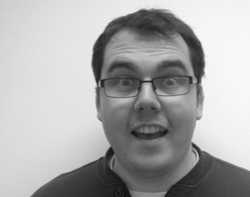 But there was a time when Connell imagined a very different future for himself in the world of music.

But while attending university his life was changed when he chose to do a dissertation on music marketing.

Connell says the advisor he chose to supervise him later gave a presentation on marketing that transformed the way he looked at the field.

Soon he was putting his new-found skills to use. Four weeks after the presentation on marketing that changed his life, Connell launched a nonprofit record label to promote electronic music in his community. The project would lead Connell to eventually work with musicians in Germany, Canada, the U.S. and around the world. To date, the label’s website has had 1.7 million downloads and more than 60 music releases.

In addition to his day job, Connell also launched Blogging Wizard as a way to write about what he’s learned in his marketing career and enjoys helping others with blogging, marketing, SEO, social media and using the WordPress platform.

“I didn’t get into marketing because I wanted to get a job, come into work at 9am and clock out as soon as the clock gets to 5pm,” Connell explains.

Instead, he describes himself as a marketing fanatic who, in addition to his marketing job, provides one-on-one mentoring to those seeking more knowledge in the field.

“Provide a great resource for people and they will flock to it.”

He admits, however, that real success in online marketing is a bit more complicated and often requires additional promotion.

Connell says he is a fan and user of the BizSugar website for several reasons.

“Firstly, it’s a great place to showcase my content to an audience of people that have very similar interests to mine,” he says.

He also says he likes the welcoming nature of the community including its helpful moderator team and the wide selection of submissions that always teach the visitor something new.