Many small businesses suffer setbacks and failures along the way. It’s nothing to be embarrassed about, failures are simply a fact of life and no one is immune to them. Besides, failures can prove to be great educators by highlighting what’s wrong so that you can fix it and it never happens again. Failures provide great lessons. 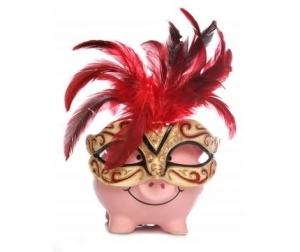 “Success is not final, failure is not fatal. It is the courage to continue that counts.” ~ Winston Churchill

Truer words were never spoken. As we know, success can be fleeting. And it’s not the failure that should be the focus because it’s your response to it that will determine your future.

Christopher Hawker can vouch for this. He’s a professional inventor that runs the industrial design firm Trident Design and he’s learned first hand the opportunities that failure can provide:

“After hitting the market in 2005, the PowerSquid, a power strip with flexible outlets, was selling well and providing steady cash flow to Trident. But when sales eventually declined in 2009, the licensee of the product decided to discontinue distribution. . .At the time, Hawker’s business model was hinged on generating one or two inventions a year and living on the royalties. . .and PowerSquid’s sales accounted for nearly 85 percent of his company’s revenue.”

Christopher didn’t give in to defeat or roll over and play dead. Instead, he had an ephiphany of sorts that was brought about from the insights that the failure provided:

“Forced into scramble mode . . .Hawker thought about the hundreds of emails he’d received, and previously ignored, after posting a popular article in the blog “TechCrunch.” In the emails, people shared their ideas for inventions. A light bulb went off in Hawker’s head, and the inventor began the reinvention of his business.”

Trident is now back on top and Christopher says the company’s failure was actually the best thing that’s ever happened.

So how did he do it? Check out Christopher’s full story and the valuable lessons he’s learned.

The owner of this site has an advertising relationship with Business on Main.

3 thoughts on “Failure Is Opportunity in Disguise”