If you have any doubts about the power of social media as a global marketing tool, just talk to Shane Gibson. 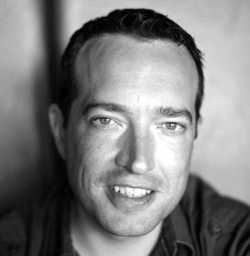 As an international speaker, trainer and author, Gibson has built a career on the power of social media, even if he started his career in very traditional marketing and selling.

“It’s the future of business and so many companies are struggling with how to really use it profitably,” Gibson acknowledges.

For all his realization of the new media’s potential, Gibson began his sales career traditionally enough learning cold calling and selling seminar tickets door-to-door at age 15.

“My Dad and mentor Bill Gibson (@BillGibson1 on Twitter) taught me the business from the ground up, he has been speaking and training on sales since 1979,” Gibson says. “By the time I was 18 I was delivering training sessions on personal selling.”

Now an international speaker and author who has addressed over 100,000 people over the past sixteen years on stages in North America, Southern Africa, India, Malaysia and South America, Gibson has become something of a guru on social media marketing.

He has been blogging since 2002, podcasting since 2004 and claims today to drive the majority of his business from social media and social networks. His books on social media and sales include “Sociable! How Social Media is Turning Sales and Marketing Upside Down,” “Closing Bigger-the Field Guide to Closing Bigger Deals” and a book co-authored by Jay Conrad Levinson entitled “Guerrilla Social Media Marketing.”

So how did a traditional sales person forge a career in social media marketing, a field about which some businesses still feel uncertain?

“It was a natural progression – my trips to India, Latin America and Malaysia all came from my blog and podcast,” Gibson explains. “Social media and social networks are an incredible tool.”

He says his focus on social media has really been a response to demand.

“More and more clients wanted help with social media strategy and after writing ‘Sociable!’ and ‘Guerrilla Social Media’ I made the decision to really focus on social communications,” he explains.

Shane says he discovered BizSugar.com through a “Twitter Tribe” of global sales thought leaders, many of whom, he says, are also members of the small business social community.

“I like Bizsugar because the audience is very business focused,” he explains. “Unlike other social bookmarking sites it allows me to hone in on my audience. There’s also a real community feeling, people comment, interact and often end up connecting on other platforms like LinkedIn and Twitter.”

Gibson also says he uses BizSugar as a “one-stop-shop” for content he can curate for his own social media followers.

Then start submitting small business content in accordance with our guidelines and vote and comment on the content of other members. If you have a blog and would like to encourage readers to share your content on the BizSugar community, our BizSugar buttons make it easy. Place one on your site today!