For Larry Keltto, entrepreneurship was a choice. After getting married in 1993, Keltto discovered the hours of a full-time journalist no longer suited his new life. 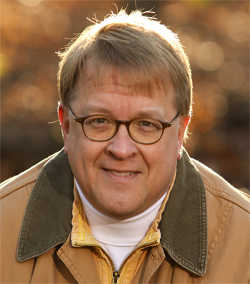 Striking out on his own, he founded Straight River Media with just a computer, a laser printer and a book on Quark Express.

“The term content marketing didn’t exist in 1993, but it was the company’s foundation — in the form of print newsletters that I created for clients,” Keltto recalls.

Later, in the 2000’s while doing contract work for publishers, Keltto witnessed the slow disintegration of the traditional publishing industry.

With so many writers, editors, designers and sales people from the traditional media seeking to reinvent themselves as small business people, Keltto realized he had the experience to serve this niche. As a result, in 2010, Solopreneur was born.

The site shares resources, Keltto’s “coachsulting” and content marketing services, a blog with tips and news important to the solopreneur community, and copies of two books Keltto had a hand in producing.

“If the world’s self-employed entrepreneurs came together to share their victories and woes, their challenges and innovations, the result would eventually uplift them all.”

The site also serves another purpose.

“The Solopreneur Life also has been a laboratory, a place to test what works and what doesn’t; I take what I learn and put it to use for my Straight River Media clients,” he explains.

Many other things have changed since Keltto launched his business back in the early 90’s; the explosion of social media, for one thing.

He claims to have gotten the best return on investment from Twitter and his show on Blog Talk Radio, now in its second season of weekly programs.

Keltto is also an enthusiastic member of the BizSugar community, of course.

“I enjoy using BizSugar as a listening post. It’s an efficient tool for understanding the challenges that solopreneurs and small business owners are facing,” he says.

If you’d like to be a featured Contributor of the Week on BizSugar, simply sign up for a free account, “like” our Facebook page, and start contributing news and information on a regular basis, while voting and commenting on the content shared by others. We can’t wait to see you here at the BizSugar community!