Imagine living in Wisconsin, not known for its mild winters, and having a job that forces you to commute 100 miles one way daily to the office. If you’ve “been there, done that” then you can probably imagine Michelle Mangen’s plight. 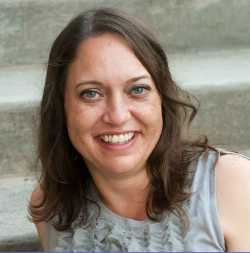 And you can also probably understand why Mangen, following the particularly harsh winter of 2007 to 2008, marched into her boss’s office and told him he would need to find someone to replace her by Thanksgiving.

No, Mangen was not just another angry employee who had decided she just couldn’t take it anymore. She was a woman with a plan and an entrepreneur at heart who already had in mind an idea to reinvent herself and her work. It was an idea that would eventually have her touching the lives of others like her too, talented professionals seeking to take greater control of their lives without the need for crazy commutes and insane working conditions, but who perhaps lacked as clear an idea of how to get started.

Fortunately, Mangen was hardly bereft of talents and already possessed the tools needed to build her new business. As early as July, she began laying plans to create a company offering support services to business owners in need of her abilities but without the resources to hire full-time or part-time help.

“In December 2008, I officially opened my doors as a virtual assistant offering bookkeeping and administrative support to small business owners and solopreneurs,” she says.

Her marketing approach for bringing in clients has been fairly simple and straight forward.

“Most of my clients have come as a direct result of relationships I’ve built on Twitter and word of mouth,” she explains.

She says she’s met and worked with many fascinating people and businesses since launching her virtual assistant service and is constantly inspired to help others interested in entering the virtual assistance industry. She believes that industry will continue to grow and diversify, thanks to technologies that allow people with skills to serve and connect with businesses in need of those skills around the globe.

“I’ve experienced somewhat unusual success, earning six figures and was approached in late 2012 by Tess Strand, founder of Virtual Assistant Forums, to be an instructor for her Virtual Assistant Business Jumpstart class,” Mangen says. “Ten wonderful women just finished my first six-week online class in March 2013 and I will be teaching another starting in June 2013.”

Mangen has also been a longtime member and contributor of the BizSugar community, joining way back in March of 2010.

“As an information sponge and someone who loves to learn and help others, I find that BizSugar allows me to accomplish both,” Mangen says. “I primarily use BizSugar to share interesting small business posts from the blogs I regularly read, as well as find new sources of content to add to my RSS subscriptions. The digital world changes so quickly, and I find the BizSugar community is a great place to find current and timely information on changes and trends.”

Would you like to be a BizSugar Contributor of the Week like Mangen and have your business featured here, on the BizSugar blog? Just join our  free community and “like” our BizSugar Facebook page. Then start contributing by sharing small business news and information while voting and commenting on the contributions of others. We can’t wait to meet you!