Herby Fabius is a part-time entrepreneur with a plan for success. 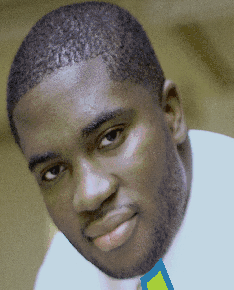 The Stamford, Conn. resident and College of Westchester graduate is two years in to a five year plan to create a sustainable business online.

“After graduation I knew the corporate world was not something that I wanted to pursue right away, so I gave myself a 5 year deadline to start and run an online business,” Fabius says.

But in order to gain that success, Fabius also knew he would need a way to make a living while affording him the time he needed to work on his business.

“In order to do that, I wanted to be free on the weekdays, and I knew that wouldn’t be possible working a regular 9 to 5,” he explains.

He found the perfect position to fit his needs, taking a job as an overnight security officer.

“It’s not a glamorous job but it gave me the one thing I wanted and that’s freedom to work on my business,” he explains.

The next thing he needed was a way to increase his learning curve and gain the valuable knowledge and insight required to make his business a success. He launched a blog Billion Success as a way to achieve this.

“This blog was a way to connect with other entrepreneurs and learn from their mistakes,” he says.

Through his blog, Fabius interviews other entrepreneurs, asks them questions about how they got started, and shares that information with the world.

“This approach was a fast-track learning system for me in order to learn as much as I can in a very short period of time,” Fabius says. “By interviewing entrepreneurs I learned how they work, what they did wrong and what tools they used to get the job done.”

He says approaching others and asking them about their success also helped him address another important issue in his development as an entrepreneur.

“I am a very shy person so these interviews also gave me a way to break out of my shell and start conversations easily,” he says.

Fabius has also spent his time networking and immersing himself in the tech startup world.

He began attending tech startup events with other like-minded prospective entrepreneurs last April, and became hooked after experiencing the enthusiasm and excitement of the groups.

“I knew instantly that I wanted to have my own startup or better yet, I wanted to partner up with someone who’s willing to teach me the ropes,” he says.

He says the experience led him to his current business partner Mike Morris, a software engineer who brings the technical expertise needed to the team.

In January, the pair launched Triplefy, a website allowing business owners to create their own daily deals and online gift cards.

The business currently has customers in three countries including Canada, the U.K. and Australia.

It was also through one of his interviews that Fabius learned about the BizSugar community and became an active member.

The interview with BizSugar CEO Anita Campbell gave Fabius greater confidence and showed him the potential of the BizSugar community.

“The interview was then published on Bizsugar and the next day I saw my very first traffic spike,” says Fabius. “Almost 90 percent of the traffic was from Bizsugar and that’s when I realized that I was missing out by not utilizing it. Ever since that day I’ve been contributing regularly and I couldn’t be happier.”

Would you like to be a BizSugar Contributor of the Week like Herby? Just sign up for a free BizSugar account, “like” our Facebook page, and start sharing small business news and information with our community while voting and commenting on the submissions of others. We can’t wait to meet you!