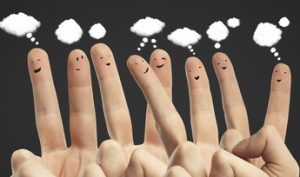 Think globally. With new technological advancements and new modes of communication available at an affordable cost, global trade is no longer limited to big multinational corporations. With an Internet connection or mobile device, small business owners can do business with anyone anywhere, and those capabilities are only likely to increase.

Logistics makes exporting and global trade easier. Expanding to global markets may include some of the following as part of your strategy:

But learning to communicate to a global audience is one key to success in international markets.  Sometimes it can be the greatest challenge. Here some members of the BizSugar community talk about the difficulties involved.

Know who you’re talking to

David Leonhardt, who runs Happy Guy Marketing, an online marketing and ghost writing business based in Ontario, Canada, admits serving clients from the U.S. to the U.K. and Australia has its problems. “Actually, as a Canadian, we are often caught in the middle between British and US English, with some French aspects thrown in for good measure,” Leonhardt explains. His company also provides some ghostwriting in Spanish.

Leonhardt finds challenges both in marketing to his international clientele and in working with his clients to focus their own projects. “Although we are located in Canada, most leads come from the USA,” he says. “So we are accustomed to specifying US dollars. When we see a Canadian lead, we of course respond with Canadian pricing. But every now and then, we just don’t notice that the lead is Canadian. They know we are Canadian, they know they are Canadian, and they know we are communicating in US dollars. And they are genuinely puzzled as to what on earth we are doing.”

Many clients have a clear idea of their target audience. “But we often get book clients knocking from Britain, mainland Europe, South Africa, the US, Canada, and Latin America, both English and Spanish clients,” Leonhardt says. ” Just getting them to focus on where they want to be published is sometimes a pretty big task.”

On the other hand, if your goal is to communicate with the widest possible audience, you may have to forget about narrow targeting.  Try instead to remove content from your communications that would only be understandable to a smaller niche group.

Susan Oakes, a Sydney, Australia-based marketing strategist and small business consultant who blogs at M4B Marketing, recalls one of her earliest experiences with this. “If you are writing for an international audience, you can’t afford to complicate the communication by using local slang or expressions,” she explains. “In the early days of my blog, I included a word ‘nipper’ which is a slang Australian word for junior lifesaver. I received a number of funny emails, including those that asked what language it was and some thought nipper was a sea creature we have in Australia.”

Despite the humor of the situation, Oakes’s story clearly illustrates how regional expressions or local slang can get in the way of your message.

German business consultant Bernd Geropp admits that blogging in English on his website More-Leadership.com has led to unexpected challenges of a different kind. “I write most of my English blog posts in German. Then I give them to an American translator,” he says.   “As a non native speaker, I struggle with English as a foreign language. The differences between American English and British English don’t make it easier.”

But one of Geropp’s greatest problems doesn’t come from readers being unable to understand his posts. Instead, it results from efforts trying to rank for the right keywords on Google. For example, of the 50 plus posts on his English blog so far, one brings in nearly 70 percent of all Google traffic, but Geropp is not terribly happy with the results.

The blog post is called “Best funny videos on management and leadership” and is ranking for keywords like “funny”, as, for example, “funny leadership video.” “Funny leadership? This was not really my goal” Geropp admits, bemused. “I am focused on helping and supporting others on leadership. I don’t want to position my blog in the comedy sector.”

Despite all these communications issues, John Twohig, co-founder of Ahain Group, a social media business consulting agency based in County Cork, Ireland, insists the core principles of authenticity, trust, and delivering value to your community remain the most important. “No matter the country, no matter the region, for companies to succeed they have to make those three core principles their mantra,” Twohig explains. “With every campaign that any company plans, the question they have to ask themselves is, does this campaign pass on all three core principles? If not, it has to be scrapped.”

Sure, some cultural differences need researching, but the central message of your campaign is most essential, he says. “Coca-Cola have identified that storytelling is universal,” Twohig explains. “Every country, every region, every ethnic community loves storytelling. So at the core of every campaign they have a story to tell, this is regardless of where in the world they are advertising.”

Oh, and for you Americans, you may think Twohig’s sentence starting “Coca-Cola have identified” contains a grammatical error.  Americans would say “Coca-Cola has identified.”  In reality, it’s an international phrasing difference.   Whether it’s proper grammar and sounds intelligent depends on which part of the world you hail from.

For example, for their e-commerce store Bumblebee Linens, Steve Chou and his wife do plenty of business with Chinese vendors and have learned a thing or two about the important cultural differences.

In general, people are non-confrontational and try not to voice their opinions or interrupt you if they don’t understand something,” Chou explains. “Therefore, a Chinese customer could be nodding and acknowledging everything that you are saying in email then turn around and do the complete opposite.”

Other cultural peculiarities might take Western businesses completely by surprise. “The other thing you have to be careful of is using certain numbers in your products,” Steve explains. “For example, the number 4 in China means death. So try not to use it in any of your product titles or descriptions.”

Companies also need to deal the with the realities of idiomatic expressions, including industry terms that might have no meaning or even worse, a very different meaning to other English speakers.

“One specific example is that I wanted to use the phrase ‘improve your bottom line’ in some literature,” says Ivana Taylor of DIY Marketers. “What I didn’t realize at the time was that this piece of literature was going to be going to the United Kingdom and for them, the word ‘bottom’ refers to a person’s backside. Needless to say, we had to use the word ‘profit’.”

Joel Libava, The Franchise King, admits he simply doesn’t do business with companies or clients outside North America in his field of expertise, but not because he doesn’t understand the language or is afraid of a grammatical slip.

“I actually don’t want prospective International clients to contact me,” Libava says. “And, here’s why: I don’t know enough about international franchising to be of value.

“As a small business owner, I’ve had to learn a lot of lessons. One of them is this one: Not to waste time on things that will never come to fruition—for whatever reason,” Libava explains. “The International franchise market is not for me, and I know it and embrace it.”

5 thoughts on “That’s a Grammatical Error! Communicating With an International Audience”