Gee Ranasinha has always had a good eye both for great photographs and for future trends in business. Today, Ranasinha heads KEXINO, an 18-person organization spanning eight countries that helps startups and small to medium sized businesses in North America, Europe, and Australasia implement the latest in sales, marketing and communications. 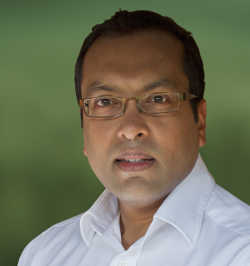 “The rules of business, value communication and service are being set by some of the biggest brands in the world, and are setting customer expectation levels for everyone else,” he explains. “Smaller companies need to have access to expertise, tools, and services that big companies take for granted, because of how increasingly important the customer relationship is becoming.”

It was this “mini-epiphany” that led Ranasinha to found KEXINO back in December 2007. It was not his first venture into entrepreneurship.

In the late 1980’s, Ranasinha, a London native, turned his lifelong passion for photography into a thriving media production company producing work for ad agencies like JWT and McCann Erickson for an impressive list of clients including Nestlé, Ford, Japan Airlines, and Kraft Foods.

“In those days creative suppliers were less pigeonholed than they are today, so I could be shooting a motor car in the studio one day, and a location fashion shoot the next,” he explains. “I was even lucky enough on one occasion to direct a TV commercial for Nestlé, a fantastic experience, that won a CLIO award for the ad agency.”

Always looking for the next big thing, by the 1990s Ranasinha was part of the digital camera revolution working with pioneers in the field Sinar, Leaf Systems, and Dicomed, promoting the new technology to photographers and pre-press companies and educating them on the benefits of a new photographic technology without the need for film.

His next career move would lead him to an incredibly rewarding career in the corporate sector, but one that eventually would leave him wanting more.

“In 2001 I was headhunted to join a German-based software company as Worldwide Director of Marketing,” Ranasinha says. “It was a fantastic opportunity that allowed me to meet many fascinating people, including Steve Jobs on two separate occasions, but after seven years there I felt that I wasn’t moving forward in terms of career path, or self-fulfillment.”

All the while, of course, his unquenchable entrepreneurial curiosity was still on the lookout for opportunities, seeking the next problem to solve. It would not be long in coming.

“Looking outside I could see how the internet was beginning to shape our buying habits, and how the early-adopters were large companies with the budget and resources to push themselves front-of-mind,” he recalls. “At the same time, it seemed that there were numerous startups and small-to-medium sized companies who had a great story to tell, but didn’t seem to be getting a look in.”

It wasn’t long before Ranasinha would leave his comfortable corporate position and never look back. In the interim, the new company has even ventured into tech development.

“Two years ago we became software developers ourselves with the launch of QARTO (qarto.com), a cloud-based portal to better manage and control brand language while optimizing and delivering content to any digital device,” Ranasinha explained. Their clients include such industry leaders as Jaguar Land Rover, DHL Worldwide, Canon, Prada, and Timberland.

“I joined BizSugar in August 2012 as much as a test as anything else,” Ranasinha explains. “I wanted to see if BizSugar could extend the reach of the KEXINO blog. Six months on and I couldn’t be happier with the results. Not only has BizSugar increased traffic to the blog—and to the KEXINO site in general—but the comments and feedback from the BizSugar community have been invaluable and encouraging.”

Would you like to be one of BizSugar’s Contributors of the Week? Just sign up for a free account and start sharing small business news and tips. Remember to “like” our BizSugar Facebook page, and be sure to also become an active member of the community by voting and commenting regularly on the submissions of others. We can’t wait to meet you!

6 thoughts on “Gee Ranasinha @KEXINO Pictures The Future of Business”