Though he had always had a a strong interest in entrepreneurship, it was a desire to be there for his wife and children that motivated Gary Shouldis to leave his job as a captain in the New York City Fire Department and become a small business owner. 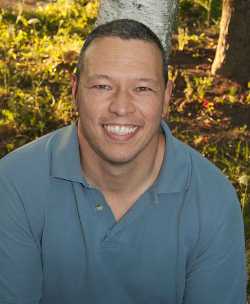 Shouldis is our BizSugar Contributor of the Week, a way we thank regular contributors for being outstanding members of our community.

A firefighter since the age of 20, he had experienced some close scrapes during his career, but after almost losing his life in a fire, he decided to put his first child (he now has four) and his wife, then expecting, first and quit the fire department after 13 years to start his own business.

He sold his house and moved his growing family to Toronto in 1997. (His wife is Canadian.)

That company, 3 Bug Media, helps small businesses build an online presence. But Shouldis discovered he enjoyed helping small businesses with their online endeavors so much, that he created another blog, The Small Business Playbook, to share his personal experiences as a business owner and offer some  tips and resources.

“What I find most fulfilling is when I get feedback from other business owners thanking me for introducing them to a new idea or resource that they can use for their business,” he says.

The thing Shouldis likes most about BizSugar is the sense of community it offers, a sense he feels extends to the way bloggers and other business owners who contribute to the site engage with one another.

“Even though I’ve never met most of them in person, I feel like I know them many of them because I’m always reading their articles on BizSugar,” he explains.

Meanwhile, Shouldis has one more interesting connection with the site that might not at first be obvious, and that he says is tied to BizSugar CEO Anita Campbell.

“Fact: The first podcast I ever listened to was in February of 2008, it was an episode of Small Business Trends, hosted by Anita Campbell!” Shouldis says.

Would you like to be featured as a BizSugar Contributor of the Week? It’s easy. Just sign up for your free account, if you haven’t done so already here at BizSugar, and like our Facebook page too! Then begin contributing regularly by sharing small business news, tips, and advice, and voting for and commenting on your favorite content from others. We think you’ll be surprised with the results!