If you had asked Rachel Strella in June 2010 what she did for a living, she would have told you she worked in marketing. 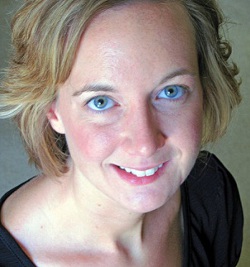 In fact, it was a totally random exchange with a business friend confused about how best to use social media to market her business that convinced Strella it was time to strike out on her own.

“I found a mentor named Maria through a program sponsored by a local female executives group,” Strella recalled. “Maria suggested that I might be an entrepreneur. She told me that I was a hard worker, but…I needed to run my own show to be happy.”

As it happened, Strella’s mentor provided her not only with inspiration but with a problem that Strella knew how to solve.

“That same day, she had attended a social media marketing event that left her feeling overwhelmed and uncertain about the new tools,” Strella recalled. “Maria suggested I use my knowledge of social media to help small business owners understand it and use it properly.”

The Rest Is History

This was the only encouragement the budding entrepreneur needed.

“I took a leap of faith and decided to start the business, alongside my day job, in July 2010,” Strella said. “It began as Central PA Webster, a company helping small business owners understand the mechanics of social media. It soon evolved into a social media management business as I found that many business owners did not have time to maintain an effective or consistent social media presence by themselves. By September 2010, I was able to leave my job and focus on the business full-time.”

Strella recently changed the name of her business to Strella Social Media.

“The core of my business is social media management but we also offer consulting, SEO, and personal brand management,” she said.

She says BizSugar has continued to be a huge tool for growing her business. “BizSugar has been a great resource for me as I navigate life as an entrepreneur. I enjoy learning from other business owners and being able to categorize key areas in business such as social media or start-ups.”

Her advice to other entrepreneurs?

“My husband says I’m never satisfied!” Strella said. “But, to my credit, he also believes that’s why I’ve been successful.”

Check out Strella’s blog or hook up with her via Facebook, Twitter and LinkedIn. Like to be one of our BizSugar Contributors of the Week? It’s easy! Just sign up for a free account on BizSugar.com and start sharing, voting and commenting with our community, then be sure to “like” us on Facebook to join in and contribute fully to the BizSugar community.

11 thoughts on “Rachel Strella: Story of an Accidental Entrepreneur”