We always love the opportunity to salute BizSugar contributors who have helped to enrich the community. 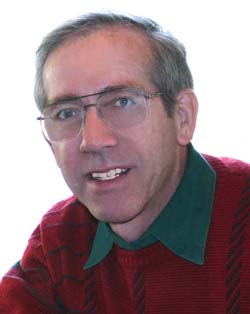 And Martin Zwilling is just such a member who has contributed volumes to our community with his great Startup Professional Musings blog.

Since 2009, Martin has contributed an amazing 425 links to BizSugar for the benefit of our growing community.

So, in that respect, Martin’s recognition is long overdue.

Here is a bit more of his story:

Over a career spanning 30 years, Martin has worked in large businesses and with startups and in that time has developed both the passion and experience to work with and nurture entrepreneurs.

His experience has included being involved in the startup process not just as a mentor but also with lending funding experience and help in the business plan process.

He says his experiences led him to found Startup Professionals, a company supplying products and services to entrepreneurs and small business founders.

The experience also led him to the burgeoning social media market where he became heavily involved as a way to share his knowledge and gather an audience.

“Over time I became a regular contributor to Forbes, Harvard Business Review, Business Insider, and the Huffington Post, as well as maintaining my own blog,” Martin added.

Last year he also released a book Do You Have What It Takes To Be An Entrepreneur?

Over his career, Martin says he has been a big user with very positive results.

“I attribute my business growth and success to my large audience of 380,000 followers on Twitter, and additional visibility through LinkedIn, Facebook, and BizSugar,” Martin said. “I’m now a total believer in the power of social media and BizSugar.”

Would you like to be featured on the BizSugar blog as a “Contributor of the Week” in the near future? It’s simple really. Just sign up for a free BizSugar account, if you haven’t done so already, and start contributing small business news and information links and share them with our growing community. You’ll also be gaining recognition with a huge a loyal following of small business and entrepreneurship leaders the world over.

Then be sure to “like” our Facebook page and become an active member there as well. It’s that simple! We’ll you in the BizSugar community.

11 thoughts on “Welcome to Martin Zwilling: Contributor of the Week!”