Say hello to Holly Hanna, our first BizSugar Facebook “Contributor of the Week.” 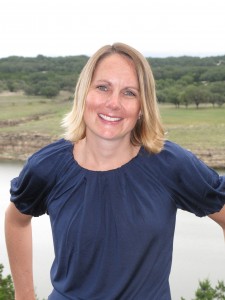 Holly has always wanted to be a stay at home mom, so when she was expecting her daughter she began to make plans, saving money and beginning to look for home business options. But she soon became frustrated at the lack of viable opportunities out there.

After her daughter was born, the pressures of motherhood delayed her entrepreneurial ambitions for another nine months, but when she returned to the search, she was again frustrated by the lack of options available. That’s when Holly had her “a-ha” moment. Why not create a resource for mompreneurs seeking to build a viable business from home? It was then that The Work at Home Woman took shape.

“I have now been blogging for 2 ½ years and I absolutely love it!” says Hanna. “It has given me freedom, flexibility, and financial stability and has launched the business that I had only dreamt of starting. Besides the perks of being able to stay at home with my daughter, blogging has introduced me to opportunities and people that I would have never met else wise.”

In addition to other resources, Hanna has used BizSugar as a way to promote and market her business.

“BizSugar has been such a great tool in both growing my business and my own personal development,” she says. “Besides being able to share my content with other interested individuals, I’ve been able to read up on the latest trends and business info on the web all from one place – saving me tons of time.”

Are you a BizSugar contributor? Why not “like” our Facebook page today and make yourself eligible for the next BizSugar “Contributor of the Week” coming soon!

2 thoughts on “Holly Hanna: Facebook “Contributor of the Week””