In his book The Tipping Point: How Little Things Can Make a Big Difference, Malcolm Gladwell tells the rather unusual story of William Dawes, a contemporary of Paul Revere who was unable to create the same furor as Revere did with a similar ride to alert colonists that “The British are coming” in April 1775 near the beginning of the American Revolution. 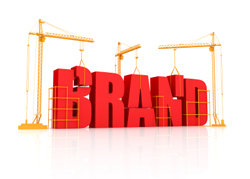 I sometimes think of Dawes when a member here at BizSugar or a client asks about what they need to do to gain attention for their message either here or on any other social media network. The key, of course, is to build your own personal brand:

It’s believed, by those who have studied his life, that so irrepressible was Revere’s personality he probably couldn’t have ridden past anyone on his famous midnight ride, especially not anyone he knew, without stopping to tell them the news. By contrast, according to most accounts, Dawes not only failed to spread the word but few along his route even remember his visit. When interacting on BizSugar or on any other social network, don’t simply add your own content but be sure to comment on and vote for other’s submissions as well. This video talks about the many ways reaching out to others on BizSugar or another social site can build your personal brand attracting attention and traffic to your content.

According to Gladwell, Revere was not only outgoing. He was also well connected. He belonged to the local Masonic Lodge and several other important social organizations in his community and was one of the few people connected with the majority of revolutionary anti-British organizations in Boston. He knew all the key players, not only in his hometown of Boston but in Philadelphia and New York as well and they knew and respected him. On BizSugar, as well as in other social networks, I’m frequently amazed how some members can submit a wonderful piece of content and get no reaction at all. It will languish without much interest sometimes securing only the niche support of a small select circle of friends while other members could submit similar posts and immediately begin receiving votes, “likes,” comments, you name it. The below video talks about how reaching out to others in your community, even those you don’t know, can have unsuspected benefits.

More than simply a social butterfly, Paul Revere was a useful part of the early revolutionary movement in the American colonies not only carrying communications between leaders in Boston, New York and Philadelphia but convening his own group at a tavern called the Green Dragon in Boston to collect information and monitor British troop movements. As suggested in the first of the two videos above, collecting and sharing great information is another way to draw attention to your content. This doesn’t need to be posts from your own blog but can also be important news from your community or industry.

Be social, connect with others and share valuable information: all great ways you can build your own brand of awesomeness attracting the attention your content demands and growing your business in the process. Give it a try. 🙂

1 thought on “Building Your Own Brand of Awesomeness”