Like any successful rock band, a good social media community has its groupies, those faithful fans whose devotion goes far beyond the average user’s into the realm of true passionate involvement. 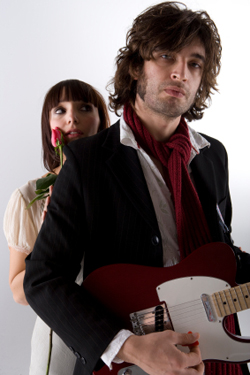 Here at BizSugar, we’re gratified to have such fans, folks like Heidi Kalman (here’s her story), who’s taken the time to post some very thoughtful observations about the way to be successful at BizSugar or pretty much any other social media community you might wish to join.

Reading Heidi’s words suddenly reminded me of a video I posted a few months ago about the best way to contribute on BizSugar. (I’ve added it below.)

And it occurred to me that there were some commonalities here that if synthesized give us a kind of overview of the best way you can use social media here at BizSugar and beyond. So, with a tip of the hat to Heidi, here is what might be considered advice from two social media groupies on how to be more than just a passive user and become an active, passionate fan:

True fans don’t just show up for a live appearance by their favorite musical group, listen passively and then go home. Real fans make noise and give feedback shouting, cheering and howling their approval even over the volume of massive amplification and, when it’s all over, cry out for more, unwilling to let their favorite group get away without at least one more song. It’s the same with fans of social media. Don’t just show up! Participate! Vote and “favorite” the submissions you love. Comment on them to let the author or submitter know how you feel. Do you agree with the post? Disagree? Has it changed your life or the way you run your business?

Truly devoted fans do more than simply enjoy live concerts, buy the occasional album or T-shirt and clap attentively after each song or set. They show their love with gifts and flowers flung onto the stage during gigs, by waiting around to talk to the band after the show or by writing long letters of appreciation to their favorite member perhaps going beyond adoration into deep discussions of the music and musicians who have meant so much to them. Similarly, there’s more to social media than dropping by, reading a helpful article, posting your own link and hoping for the best. Engaged social media members get involved, make comments, start discussions and interact. They are more than passive users. They are active members taking ownership of their community.

True fans don’t stop being fans after the concert is over. They are ALWAYS fans and feel solidarity with others who share their tastes and their commitment for the music that has made a difference in their lives, whether stopping to talk to a stranger on the street who is wearing their favorite group’s T-shirt or pausing in a record store to recommend their favorite group’s CD to another music fan. It’s the same with social media. Passionate members become friends and neighbors committed to a common cause and with a common obsession. They share information and inspiration. They can become partners, customers, suppliers and more, interacting both online and off, in other ventures which combine their passions.

For many of the most dedicated fans, the music produced by their favorite group is much more than merely a commodity. It is a way of life. Similarly, true social media fans don’t just skim their community for useful tidbits before moving on to something else. They take the time to check in on friends regularly, monitoring conversations they have started or are a part of and participating regularly in the community, realizing instinctively the value they are receiving in return.

So how about you? Are you someone who simply uses social media to promote your business or organization?
Someone who just posts links promoting their own product, service, cause or idea without bothering to hear what your friends and neighbors in the social media community have to say? Have you ever commented or voted for or “favorited” someone else’s link or told them how it made you feel? Have you ever commented on, voted for the submission of someone you didn’t know or “friended” a stranger instead of simply supporting a small circle of familiar faces with whom you share some common interest? Are you surprised at the limited value you’ve gotten back from social media? You shouldn’t be.

Just ask a social media groupie. Learn more about the rewards of being part of a social media community and truly committed to its values. We think you’ll get back more than you suspect.

4 thoughts on “Advice From A Social Media Groupie”