Social media is a scary place. There are so many things lurking to make marketing on social media difficult for a small business owner. It’s hard to decide which tools to use, which strategies will be the most effective, and which sites will offer you the biggest return for your investment. But the scariest thing of all has nothing to do with any of that. What makes social media so frightening are the marketers who live there. Because they can be, well, annoying.

To help you navigate the waters a bit better, here are fourteen types of marketers to avoid. Trust me; you’ll recognize them when you see them. 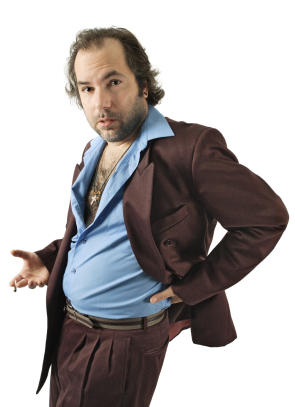 This guy is everywhere. His job description says he’s a Social Media Guru Ninja Rockstar, but not even he can tell you what that means. All you know is that he seems to spend his entire day updating his Facebook, ‘Liking’ brands we’ve all heard of and livetweeting how many cups of coffee he’s had today. Though he thinks he should be listed up there in the Twitter Hall Of Fame (aka the unemployment line) with @aplusk, he has a whopping 49 followers. While we’re all for quality over quantity, don’t declare yourself a Jedi when you’re still just a Padawan.

Avoid for his likelihood of giving you an STD – a Social(media) Transmitted Disease.

He views the informal tone and friendliness of social media as an excuse to leave proper spelling and punctuation at the log in page. While we’ve all shortened a word or two on Twitter, his marketing messages seem to be missing letters, punctuation and even verbs for pure sport. Instead of creating engaging marketing content, he rattles on about what his company is doing ‘on the Internetz’, all ‘his lolz’ and his branding ‘nomz nomz nomz’. You have no idea what he’s saying or what his company does, and you get the distinct feeling that he doesn’t either.

This guy puts the “me” in social media. He views every interaction as a means to talk about himself and what he has going on. He only IMs you to brag about what he’s working on and if you try to have a real conversation with him, he’ll drop you the BizSugar link for his latest content piece and then go radio silent. If social media was, indeed, the cocktail party everyone says it is, he’d be the guy who follows you into the bathroom to tell you what he had for dinner, his summer vacation plans, and the book deal he just knows he’s about to get.

Avoid for his lack of social skills.

Make the mistake of following him on Twitter and you’ll get an immediate auto-DM telling you how he can help you earn $1 billion dollars on the Internet by the end of the day. He knows that auto-DMing is bad practice. We all know. But he doesn’t care. Spamming is way easier than talking to people and he doesn’t have time for all those relationship things anyway. He has eBooks to hawk! His social media role model is @guykawasaki.

Avoid for the likelihood he may actually be a robot.

You want to follow this guy because, with 90,000 followers, it looks like he knows what he’s doing. But he doesn’t. He got those 90,000 followers by playing a numbers game and following 100,000. He’s not earning followers by creating value; he simply follows any-old-Joe and hopes they have low enough self esteem to follow him back. That’s his social media strategy – numbers.  He doesn’t even see what people are tweeting because it’s lost in a constantly moving stream. There’s no value, trust, or integrity in that.

Avoid for not being discerning. Who knows what this cat will bring in?

6. The Guy With Chris Brogan Syndrome 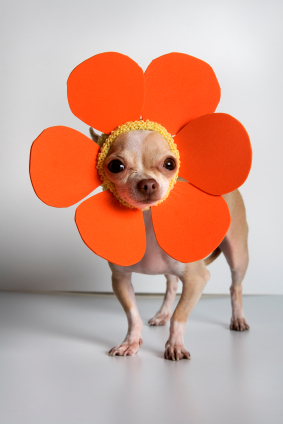 An off-shoot of The Guy Who Followers 100,000 People, this guy follows more people than he has pores in his body, not to inflate numbers, but to avoid being considered “mean”. He thinks practicing Puppy and Rainbow Social Media will earn him a following like @ChrisBrogan – only he doesn’t have the smarts or networking prowess of Chris. He’s just afraid to have critics. He never unfollows or denies a friend request, and he’d never dream of using a Twitter List and excluding anyone. His Twitter account is using him, not the other way around.

Avoid for lack of distinguishable back bone.

Why use social media to build relationships and be human when you can use it as Yet Another RSS Feed? This person has it set up so their Twitter, LinkedIn, and Facebook accounts are all automatically updated with new blog content – and only new blog content. There are no personal updates to balance out the constant stream of spam you’re being hit with because he’s not actually there. He set the account to cruise control while he sits on a beach somewhere. Or, more accurately, on a couch. In his mother’s basement. In yesterday’s sweats. There’s zero interaction, face or pulse here; just automated garbage.

Avoid for not actually existing.

8. The Guy Who Makes You Friend His Clients

You love this guy. He’s constantly spamming you (and everyone else on his contact list) with never-ending pushes to like/friend/fan/vote for his client’s content. It doesn’t matter if you like it, if it’s relevant or if it even deserves the push, it’s the only card he has in his pocket so he uses it. He uses it so often that you’ve taken to defriending him and swearing it’s a social media glitch. I mean, we all know how unreliable those social networks can be, right? Sure. Let’s go with that.

Avoid for totally missing the point in social media.

Yes, they’re marketers. And why are you following them? @taylorswift13 is not going to answer your tweets. She may, however, seek a restraining order if you don’t stop messaging her about signing your arm.

Avoid for being totally out of your league.

This guy was once told that retweeting valuable content was a good way to be useful and to get on the radar of Important Social Media Influencers. Unfortunately, that’s all he does – retweet the smart words of @tamar, @jonathanfields and @AmberCadabra. He doesn’t share anything about himself, what he’s passionate about, or give you any other information to help you learn about him. As a result, he tends to blend in with all the other also-rans tweeting the same content pieces and you fear you wouldn’t recognize him if you tripped over him.

Avoid for not bringing anything new to the table. 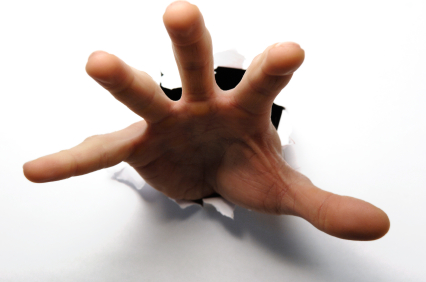 He scares you a bit by sending a Twitter, Facebook, MySpace, Naymz, and a LinkedIn request simultaneously even though he’s never had a conversation with you. He may read your blog or even follow you on Twitter and, to him, that makes you Best Friends Forever And Ever. Unfortunately, you like to actually know people before you social media marry them. His excitement to add you on every social network Knowem currently tracks freaks you out just a bit. While connecting is nice, giving someone room to breathe and decide if you’re relevant to them is better.

Avoid for fear he secretly has a stash of your hair. And that he eats it.

Oh my word, what did this guy do before the advent of Twitter? He logs into his Facebook account each morning to complain about how slow his commute was; he tweets about how he was charged 50 cents for an extra container of sour cream; and he’s completely unimpressed with the world, his job and everyone around him. Worse yet, he feels the need to tell you about it all day long. I mean, what good is being eternally disappointed if you have no one to share it with?

Avoid for putting a rain cloud in your day.

He’s the marketing intern for A Major Brand and absolutely hates his job, his boss and dealing with people in general. To deal with his distaste for mankind, he spends his days in social media being rude, ignoring questions, and often, calling customers’ liars.  While his lack of social skills can sometimes be fun to watch (who doesn’t like watching a fire burn?), he’s out there creating the kind of public relations nightmare only Tiger Woods could dream up. Spend too much time watching him and it may start to rub off.

14. The Guy With No Opinion

This marketer attempts to make friends by having absolutely no independent thought. You like roller skating? He does too! You thought Avatar was the greatest movie of all-time? He does too! Of course, he’s never actually seen Avatar but that doesn’t matter. He hopes that if you focus on how much you have in common, you won’t realize that his business has no POD or core values. Or that his ‘authentic’ social media strategy is based on smoke and mirrors and being whoever you want him to be.

Avoid for probably being really popular in high school.

Those are the fourteen most annoying social media personalities I’ve come across in my travels. Which marketers make your own skin crawl? I know you have some.